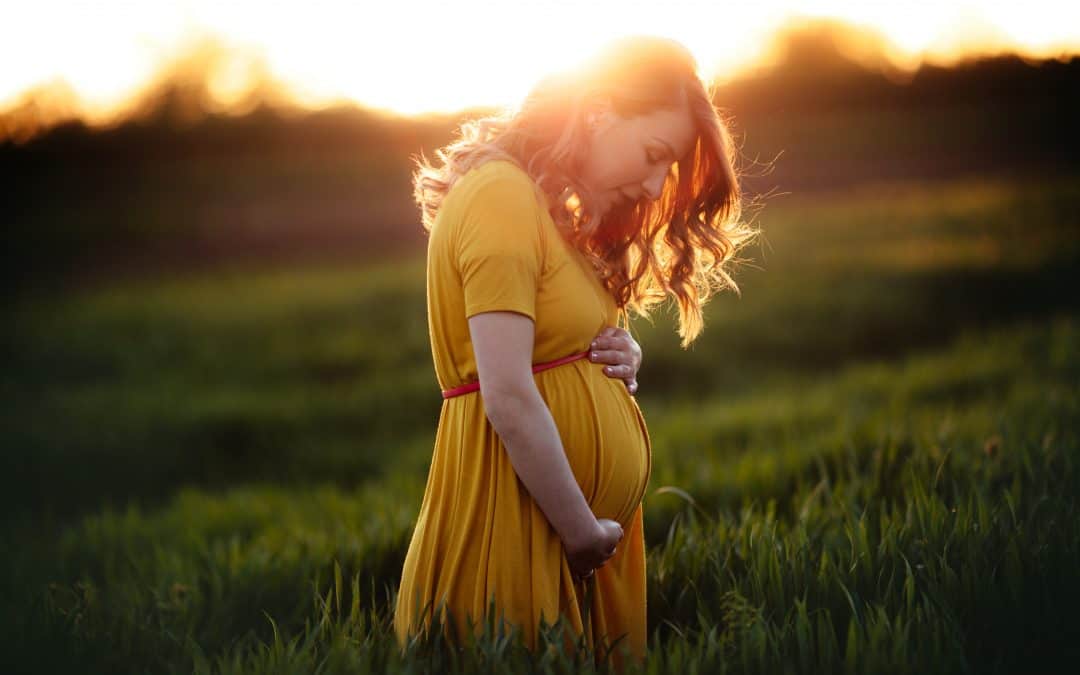 Preconceived notions can be the death of an entity, decision or plan. I have always maintained, an open mind leads to an open heart. People around us love to share their opinion and regardless of whether or not their opinion is fact-based, their resolution is. The term, “birds of a feather, flock together” is true and what makes up social circles. Our own social circle will want us to remain a resident, continue to conform to the pre-established beliefs and reinforce what we already believe to be true. This is where adoption can be the proverbial “red-headed step-child.”

Adoption is a selfless act and in my own personal opinion, a sacred one. There are so many misconceptions, preconceived incorrect beliefs and stereotypes that perpetuate throughout all socioeconomic levels. My goal in this blog post is to set the record straight. To use my fifteen years of professional experience and 45 years of personal experience to weigh in on these incorrect misconceptions, inaccurate understandings and untrue stereotypes. This is not to say that another agency, another adopted individual or another adoption professional would not have a different opinion or viewpoint.

Women who make the selfless decision to place their baby for adoption are not selfish people or feel that their accidental pregnancy came at an inconvenient time in their life. The vast majority of these women, whom we refer to as birth mothers, are in a place of despair in their lives and choose a life they cannot provide for their child. Some women want their baby to have the ability to break out of the negative life cycle they cannot break on their own. Some birth mothers have child protective services in their lives and would prefer to choose an adoptive family and have an open adoption, rather than to have their baby be raised in a crisis shelter, group home or a foster family. These women may be a single parent, who cannot afford to feed one more child, or pay for childcare, or take on the challenge of a 4th, 5th, or 6th child. The pregnancy may be the result of a rape, one night stand, or an extra-marital affair and the birth mother may not want to raise a child under those circumstances. An adoption decision is a highly personal one and until you have walked in that particular woman’s shoes, judgement is unfair and unwarranted.

When a woman chooses adoption, she is choosing to “place” her baby for adoption. She is not giving up her baby or giving her baby away, she still remains a mother and she is not giving away anything or anyone. “Placing a baby” with an adoptive family carries a very different connotation than “giving up a baby.” The terminology is important because beliefs and viewpoints follow these statements. Birth mothers remain mothers after they place a baby for adoption, the only thing birth mothers are giving is the gift of life and love.

Birth mothers are not all teenagers or college students, in fact we see very much the opposite. The age range I have seen in the past fifteen years ranges from the age of thirteen up until the age of forty-five. The majority of the birth mothers we work with are between the ages of twenty-two to twenty-nine.   The races of the women we work with are very reflective of the demographics of the state we live in. Many of the women we work with may have financial struggles, homelessness, are on state assistance, may have drug use or have been incarcerated, children in state custody; however this is not all of the women who place for adoption.

Stereotypes surrounding adoption are vast. Adoptions are not all open and they are not all closed. Most adoptions we see are semi-open; where they receive letters and pictures and maybe a visit or two. Adoptions happen in state and out of state, and are not limited to one. I have never seen a birth mother try to steal their baby back, or an adoptive family try to purposely deceive their birth mother. I also have never seen or heard of a birth mother and an adoptive family accidently running into each other at a supermarket or baseball game.

For birth mothers, adoption can be a tough choice, but not for everyone. Some women feel that they were not meant to be mothers. I have had many a women sit across the desk from me and say “I know this sounds bad, but I don’t want to be a mother, I just don’t have it in me.” I don’t believe these honest, heart-felt statements sound bad in the least! Not all people want to be parents and that is okay! Sometimes women will say things like “I want to go to college and become a doctor and I just can’t do this this, but I don’t believe in abortion.” Again, we commend her for giving the ultimate gift of life and the selfless choice of adoption. A woman’s reason for adoption, is hers and hers alone and should be respected as such. When adoption is a tough choice, then that’s where family and friends need to be a source of support, encouragement and stability.

Judgement on an adoption choice from family, friends, and co-workers, combined with pregnancy hormones, can be a recipe for disaster. I have seen more than one woman who had a solid adoption plan and worked with our agency for the majority of her pregnancy, be coerced by family and friends after delivery into parenting her baby. She was promised and reassured that she would receive financial help, babysitting, emotional support, and on and on, only to realize that a few weeks after the baby was gone the help disappeared along with many of her friends. This is not an uncommon occurrence. If family, friends and co-workers don’t assist a pregnant woman during her pregnancy, why should she trust that this will change after the baby is born? A leopard doesn’t change his spots!

This blog topic could become a book as there are so many untruths about adoption. There will be a “Part Two” to this blog to explore and define more about what actually is true and misunderstood about adoption.

“A birthmother puts the the needs of her child above the wants of her heart.” ~ Skye Hardwick

“I was so conflicted, I wasn’t sure if I wanted to do a open, semi-open or closed adoption. Thanks to the counseling that Building Arizona Families provided I was able to find out the difference, my rights and that helped me ultimately choose what was best for me and my baby.” – Andrea

“Building Arizona Families is an amazing adoption agency. I wasn’t sure about my decision to place my child for adoption at first and was struggling with whether I was making the right decision for my unborn child. My anxiety was put to ease when my case manager Lindsay walked Kenny (my boyfriend) and I through the process and helped me with my emotions. Lindsay has been a good support system for me. I got to choose an adoptive family with no rush. I was no longer homeless and had some kind of financial support. I was able to meet Kelly the director of the agency right away, as well as other employees (Heather, Jessica, and Celine) who have helped to make my experience better. I walked into the agency a mess, but I know I will leave with confidence and success in bettering my life. Thank you to everyone at Building Arizona Families.” – Clarivel

“Everyone from the receptionist to the founder of the company, Kelly, is so nice and kind, and it’s a genuine kindness. They really care about your well-being as well as your baby’s well-being. Even the birth father if he is in the picture. I had the best case manager that I have ever worked with. Lindsay is kind, honest, hardworking, and loyal. She is a problem solver. If she didn’t know something or wasn’t sure how to go about a situation, she was going to figure it out. You don’t see people like her often enough in this tough world we live in.

I was able to pick my adoptive family. The couple I picked wanted an open adoption just like I did. They have been together for 20 years and they live in Kentucky. Both ladies have great jobs and they live in a small town surrounded by family. They were a perfect fit for Seth and I. That is what they named him. I got to Skype or call them twice a week, so I could really get to know them. You are not going to find a more caring, kind, and honest adoption agency.

I urge you if you are thinking about placing your little one up for adoption – the hardest, most selfless action you will ever make – use Building Arizona Families. The end result is this: My child has a wonderful family that can provide for him. I am off drugs and in my own apartment and working. I am now taking care of my 19 year old son instead of him taking care of me and I am looking forward to going back to school. Building Arizona Families was the catalyst to make all those things happen.” – Roberta

Is Adoption Right For Me?

Building Arizona Families believes in the beautiful choice of adoption. We understand that it is your right to choose.

If parenting is your choice, we celebrate you and your decision to parent.

If adoption is your choice, in addition to counseling both before and after birth, we can assist you in providing the following:

We offer birth mothers the unique opportunity to select the couple that will be their child’s “forever family”. These adoptive families  have completed background checks with the FBI, the Arizona Department of Public Safety, and Child Protective Services. Therefore, you can feel at ease knowing that all aspects of the adoptive family’s life have been reviewed by the court and they have been approved to adopt a child.

Once a match is made, you can meet the family, get to know them, and feel comfortable with the choice you have made.

Adoptive family and birth parent interactions prior to delivery can include (but are not limited to):

• Meeting for dinner at a local restaurant
• Talking on the phone about the pregnancy
• Attending doctor’s appointments/ultrasounds together
• Swapping photos, histories, family stories with each other
• Sharing the birth experience (either during labor/delivery or immediately after)
• Staying together at the hospital, if desired
• Post-adoption letters, updates, and pictures

Each birth and adoptive family situation is unique and can be tailored to be the kind of experience that gives you, the birth parent, true peace of mind. You will have the ability to really know the people your child will call their family and they, in turn, will be able to tell your child about you and the loving decision you made.